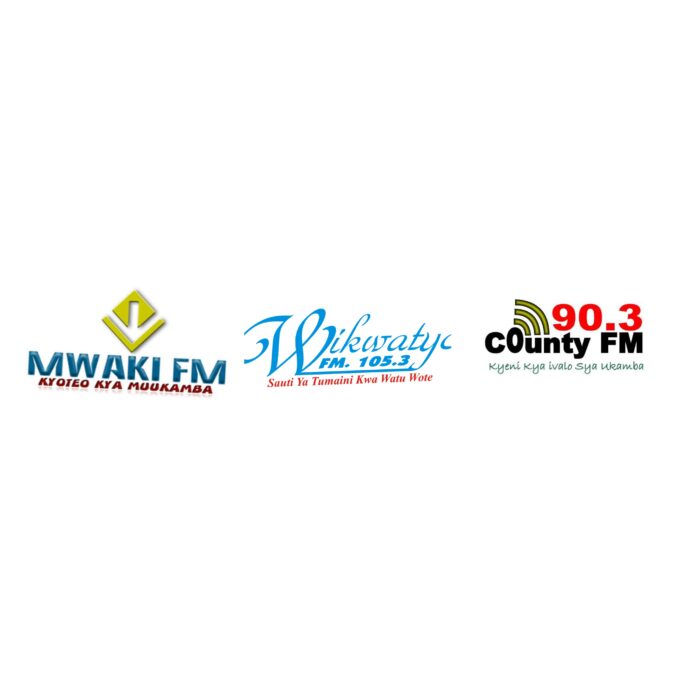 Despite the advancement of technology in the 21st century, Radio still gets massive listenership and it is the media that reaches the most people in Kenya. It serves a massive role in delivering information to the masses.

Just like Mutongoi TV, Weru Fm, and Weru TV, this station which is the newest in Ukambani is owned by John Marete, a former head of the camera unit at Citizen TV. John began the company after being fired from Royal Media service in 2016.

Athiani FM is among the most popular stations in Ukambani owned by Athiani Holdings Limited associated with Wiper party leader Kalonzo Musyoka.

This radio station is owned by S.K Macharia’s Royal media services and is among the pioneer Kamba stations that command massive reach in the region.

Located in Kitui, Wikwatyo FM is owned by the Seventh Day Adventist church.

Radio Thome 88.1 FM is also located in Kitui and is owned by the Catholic Diocese of Kitui.

The Kitui based station is owned by former Kitui Senator David Musila.

Sang’u FM is Among the latest radio stations and is owned by former KBC journalist Bonnie Musambi. He resigned from KBC to pursue his political ambition in February.

The station is located in Makueni and is co-owned by Makueni Governor Prof. Kivutha Kibwana.

Just like KBC radio and Minto FM this radio station is owned by state Broadcaster KBC.

Located in the Kibwezi sub-county of Makueni county this is the oldest community radio. It was established in 1993 and covers 50 kilometers range.

This is an online radio owned by Balindiway Media.

Which is your favorite Kamba Radio station? Let us know in the comment section below.