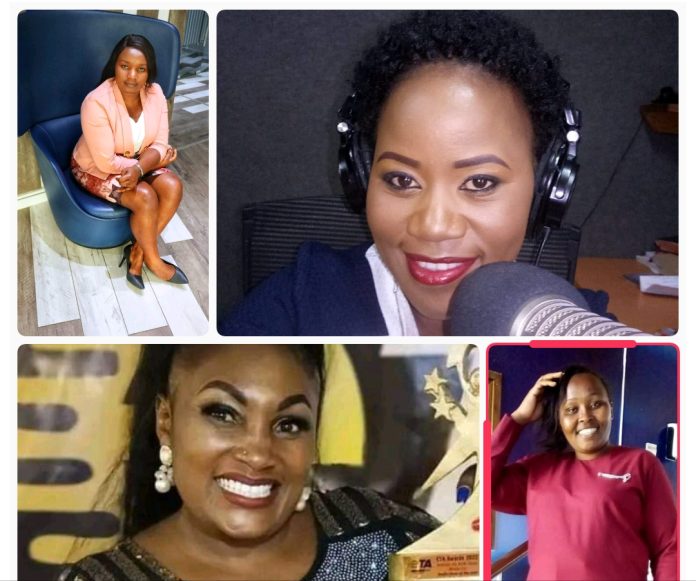 Since the advent of vernacular Radio stations, the sub-sector has grown tremendously.

Along with the stations comes notably great female presenters who have managed to become household names with time.

Below are some of the iconic female radio presenters we have around.

The presenter has been in the media industry for over a decade and is among the long-serving Kamba radio presenters.

Tina began her work in Athiani FM where she worked for over ten years before being pitched by KBC in December last year.

After moving to Mwatu FM now Tina hosts Mbalya Kikolo and other shows alongside other presenters.

She works at Athiani FM currently hosting Kitiindo show alongside Stano which has made her popular among the listeners.