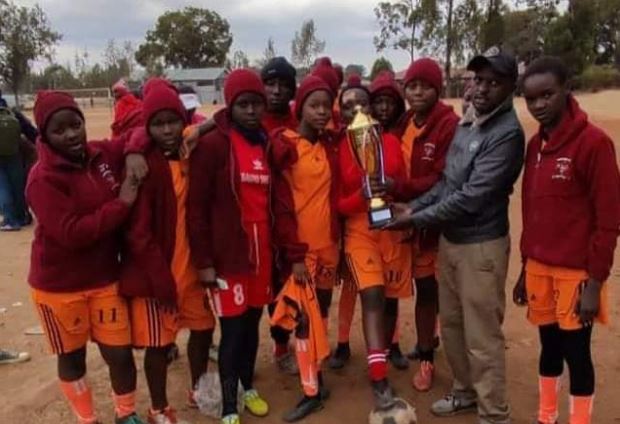 The 2022 Eastern Region Secondary School games were held at Kangaru School, Embu County, and ended on Saturday 3rd September. The games brought together over 1800 students from the Eastern region.

Mbooni Boys from Makueni thrashed their rivals Machakos Boys 2-1 in the finals to win the Region’s secondary school football championship and securing a Nationals ticket.

Kibauni Girls from Mwala Machakos thrashed Ikalyoni girls from Makueni 1-0 to be crowned the new girl’s football champions. Katwala of Kitui won in netball girls beating Kwa Nthanze of Machakos 42-32 to reclaim the title. Syumile of Makueni finished third after edging Meru’s Kirigara 46-02 in the playoff.

In Volleyball girls category, the indomitable Kwanthanze won 3 sets against 0 sets of Kambimawe while in the boys’ category it is yet to be decided.

Handball boys, Mbooni Boys the Regional defending champions beat Machakos boys 31-10 after beating Miruriri Boys from Meru 33-7 to advance to the finals. It was the first time for Machakos Boys to reach regionals – handball.

Simisi from Kitui won in the girls’ handball category after thrashing Dr. Charles Muli from Kitui 25:20. Kiteta Girls of Makueni County are the first champions of the newly introduced basketball 3×3 after they defeated Misyani of Machakos 5:1 in the finals while in the same Machakos boys won.

In Hockey boys category title was won by Katangi boys while In girls Moi Girls Marsabit won and in Rugby 7s All Saints from Embu County won.

The teams will represent the Eastern Region in nationals which will be held from the 8th and 13th of September in Nakuru.