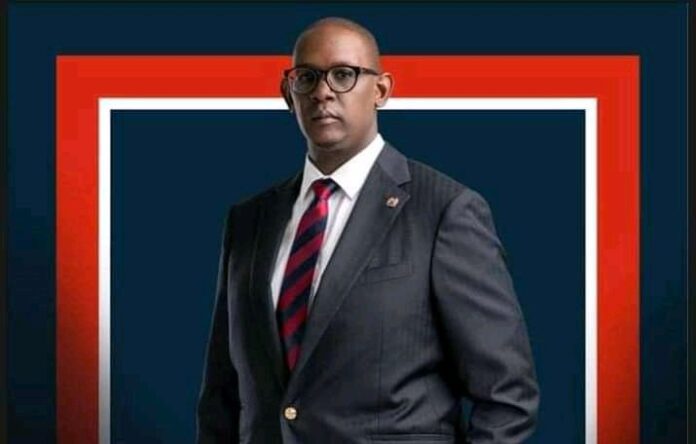 Presidential Delivery unit head and chief of staff office of the president Nzioka Waita has for the first time spoken about his Gubernatorial bid.

Speaking during Newsnight show on Citizen TV, Waita revealed that he was going to resign on the 9th of February to seek political office. He noted that he had no experience in politics but that was not an issue as Machakos had enough politicians and it now needed an administrator.

“I have no political experience; I am an administrator. The county has enough politicians, they don’t need more. I want to help the county manage its money and ensure people get the services they need.” Nzioka said.

The chief of staff noted that he will be going to convince the people to vote for him based on his experience and his plan to listen to them and take care of their resources.

” I will convince the people of Machakos that their resources are in safe hands, that we will consult them and deliver their development agenda, and that I owe them a duty of care to bring them closer to the center of government.” Waita went on.

On the party that he will be contesting with, Waita revealed that he was in constant communication with the community leadership and he will also not be going far from the president. This could be seen to mean he will vie with the wiper ticket or Azimio camp.

“My heart, conscience, and commitment to this country will not allow me to stray far from the president. I will not turn my back on the president.” Waita revealed.

The lawyer in training added that his dream for Machakos is to make it the metropolis and bedroom for Nairobi.

“Nairobi can only expand in the direction of Machakos. My aspiration is to create wealth for the county, and we need to facilitate that because we need revenue to go and build a market in Ndithini, Mwala, Wamunyu. My home village in Kiatune where they have no money but need services. I want to leverage on the metropolis.” He added.

Other leaders who have so far expressed interest in taking over from Mutua in the August 2022 race Include; UDA Chair Johnson Muthama, Transport CAS Wavinya Ndeti, Machakos Deputy Governor Eng. Francis Maliti, Speaker Florence Mwangangi among others.