Moses Kuria hits back at Wavinya and Kalonzo over Portland eviction 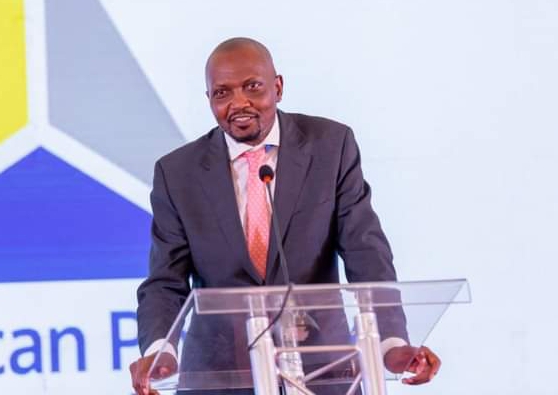 A day after Wiper leader Kalonzo Musyoka and Machakos Governor Wavinya Ndeti took on Trade CS Moses Kuria over his remarks that he would evict squatters in Portland cement land, Kuria answered them back.

Speaking during Kenya National Chambers of Commerce and Industry (KNCCI) SME Round table, Kuria maintained that the eviction would benefit more people compared to those who would be affected.

“When some counties are giving me land to do common user facilities, others are saying that they want to encourage squatting on public land and that difference will start to show.”CS Moses Kuria said.

“I am not in a mood to fight, I have fought enough in my life, but when counties which have taken the wrong turn in the manufacturing and export agenda start to lag behind others, do not blame it on witchcraft,” Kuria added.

Speaking during the swearing-in of Machakos CECs Wednesday, Kalonzo also promised to raise the issue with president Ruto.

After the function, several leaders from Ukambani led by Kalonzo Musyoka, Governor Wavinya, Mike Sonko, and Women Rep Kamene visited the squatters and addressed them. Missed the story? check it out below;