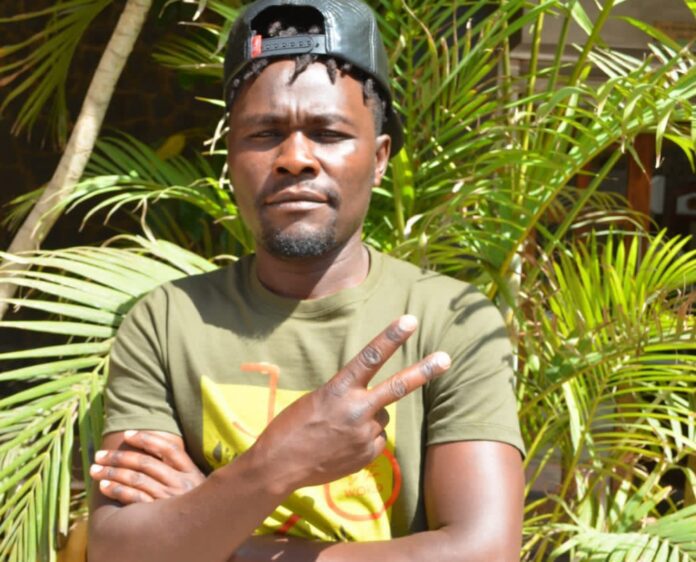 Kungulu Kwangala a Kamba song has been a sensation on social media especially on TikTok with people doing challenges related to the song locally and even globally.

The song was recorded in 2020 and the artist recorded the audio the same year. The audio performed dismally at first but two years later the song has gone viral.

Mauvoo News had an opportunity to have a one-on-one conversation with the songwriter and singer of the viral song.

Michael Muoka of Mutulani Boys Band was born in Mutulani, Makueni County coming from a family of musicians this making him have the passion to also be a musician.

Being the second born in a family of eight, Michael known as Kasheshe by his fans went to school up to class 8 and from there he went to stay with his aunt in Muumandu where he joined a choir and used to sing before going to Nairobi and starting a band.

Michael who is married and has three kids disclosed that his family fell in love with the song the moment they heard it and among all his songs this one is their favorite.

“I recorded this song in 2020 and when I played it to my family they loved it. To date it is the one song they love the most in all my songs, I can’t say that I had any inspiration doing the song it just came out of nowhere,” Muoka said.

Kasheshe revealed that he likes songs by Kimangu boys band saying that growing up he used to listen to them. He urged all kamba musicians to unite and ensure they are there for each other without fighting.

“I love how Kimangu Boys Band used to do their songs. They were composed and well done I can say they are my role models. All musicians from Ukambani we all need to be united and have one voice for us to move forward,” Kasheshe went on.

He further noted that as an upcoming musician the challenge that he had faced was a shortage of funds saying that if he had funds he would be doing a lot more. He termed it as his biggest challenge.

“Money is everything. All this while I have been in the music industry what I have faced and it has been a real challenge to me is funds. Even if you perform in a gig the money is not enough to further your career it is just for the family, not music,” he added.