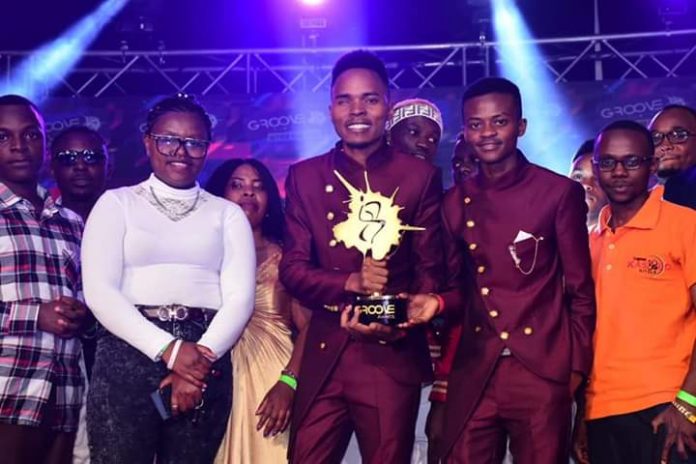 Kyaa kya Ngai has won the Eastern Counties Song of the year in Groove awards 2019. This is the fourth time Stephen Kasolo has won the award.

Speaking after being awarded Saturday evening in a very colorful ceremony, Kasolo thanked everyone who has this far supported him and prayed for Gods blessings in their life’s.

The song had been nominated among other songs that include Kava ndiwe na Yesu by Wilberforce Musyoka, Mundu Uiva by Evangelist John Kay, Ngwate kwoko by Justus Myello, Tamuka ndeto by Eunice Kyalo and Testimony by blessing.

According to Kasolo while making his speech, his success so far can only be attributed to the finger of God. The artist also took the opportunity to encourage orphaned children just like him that God is with them and they can make it in life.

The groove awards is the biggest Kenyan Gospel awards ceremony that has been held annually since 2004 with an aim of celebrating excellence in gospel music in Kenya and Africa at large.