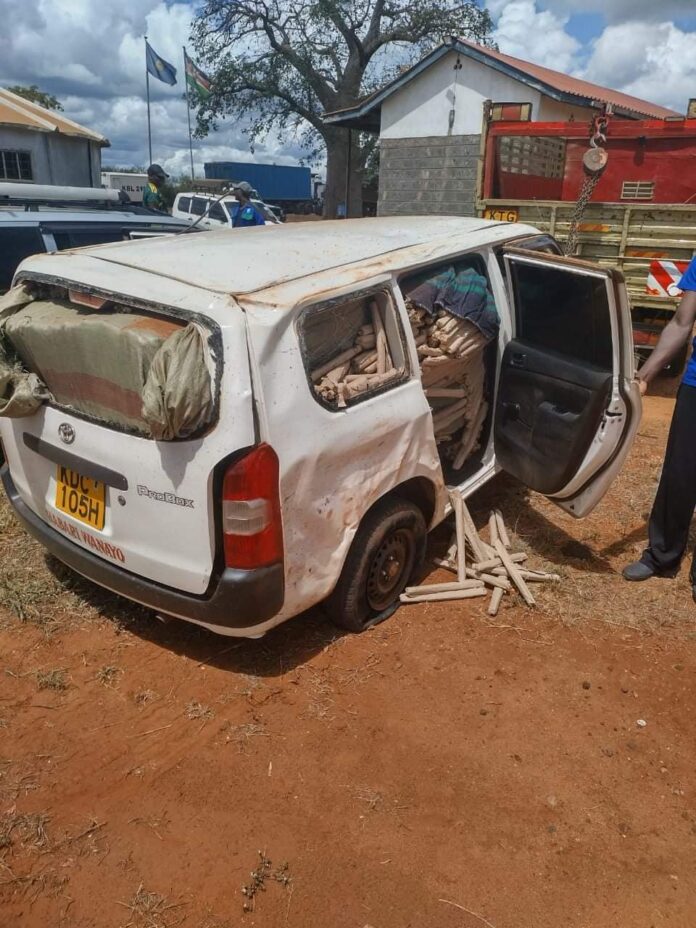 Napeiyan said that Traffic police along Mombasa road stopped the two vehicles that were being driven dangerously but the drivers didn’t stop.

The officers began pursuing the vehicles only to find one at Kanga after it had been involved in an accident. They found hundreds of rolls of bhang in the vehicle.

The second vehicle was found abandoned a few kilometers ahead with the consignment intact.

Napeiyan said that they have liaised with the Kenya wildlife service officers to help in the search of the suspects where one of them has been arrested.

The officers are using sniff dogs and a helicopter to smoke out the remaining suspect. The two vehicles have been towed to Mtito Andei police station awaiting inspection.

This comes just days after 6915 sticks of bhang estimated to be worth about a million were nabbed in a vehicle at Makindu. The suspect escaped on foot leaving the consignment in the vehicle.