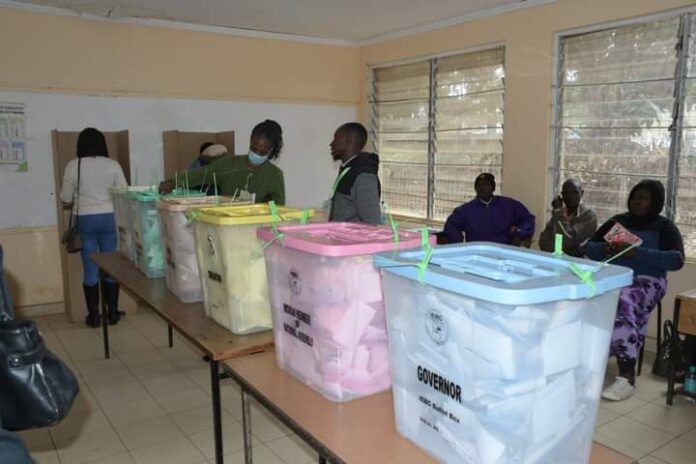 The Independent Electoral and Boundaries Commission (IEBC) Thursday (11th August) announced the winners for the MPs in Makueni constituencies.

In Kibwezi East, Wiper’s Jessica Mbalu secured her third term by garnering 11,395 votes closely followed by Willie Malile an independent candidate with 9,169 votes, and Kitonga Mwilu of Muungano with 6,051 votes.

In Mbooni, Erastus Kivasu who was vying on a Wiper ticket thrashed his opponents by getting 29,363 votes followed by former MP Michael Kisoi Munyao of Muungano with 23,448 votes then Onesmus Kimilu of UDA with 3076 votes.

In Kaiti constituency, Joshua Kimilu got 21,175 votes securing a second term. He was followed by Terry Mbaika of UDA who got 9050 votes.

In Makueni constituency, Susan Kiamba trounced other aspirants and got 26,909 votes while Francis Mutungi an independent candidate came second with 18,725 votes. Stanley Kyungu of UDA came third with 11456 votes.

In Kilome constituency, Thaddeus Nzambia carried the day after getting 16,058 votes followed by Julius Tangai with 9774 votes and Jones Nzioka with 413 votes. Other candidates who were vying include John Mutinda an independent candidate who got 3287 votes, Regina Ndambuki of UDA who got 1246 votes, David Kamzee, and Amos Kilungya both independent candidates who got 449 and 398 votes respectively.