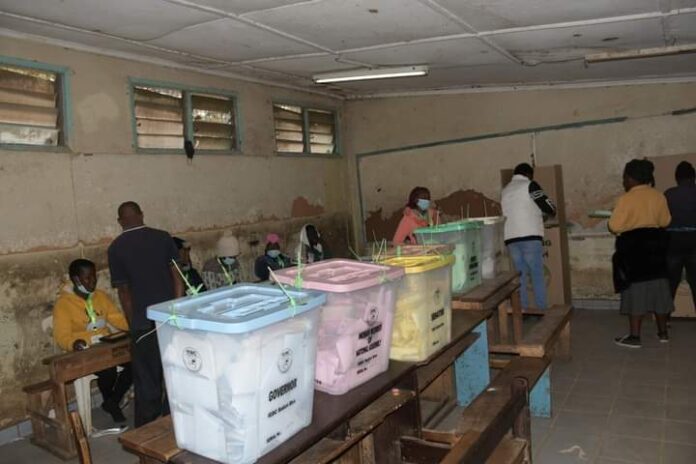 Susan Kiamba of Wiper party has been declared winner of Makueni Constituency MP Seat by the IEBC.

This is after garnering 26,909 votes followed by Francis Mutungi – Independent who had 18,725 votes. Stanley Kyungu of UDA came third with 11,456 votes.

In Kibwezi West, according to independent tallying, out of the 206 polling stations, Former Machakos Chief of staff Mwengi Mutuse of Maendeleo Chap chap led with 30,844 votes.

James Mbaluka of UDA came second with 20,793, Juliana Kisimbi of DP third with 727 votes, Ngomeli Oscar of Wiper 628 votes. However, last week Kalonzo asked Ngomeli to step down in favor of Mwengi Mutuse.

Speaking after the win, Mutuse in a statement said, “Thank you my good people of Kibwezi West for resoundingly electing me to be your next MNA. As we await for IEBC to officially declare results, tallying of form 35A’s from our polling station agents show we are leading with 30,844 against our closest and worthy competitor who has 20,793 votes.”

“Special thanks to my family, and the many many friends who volunteered to campaign for us. May the almighty God help us to serve our people satisfactorily. ” The statement went on.