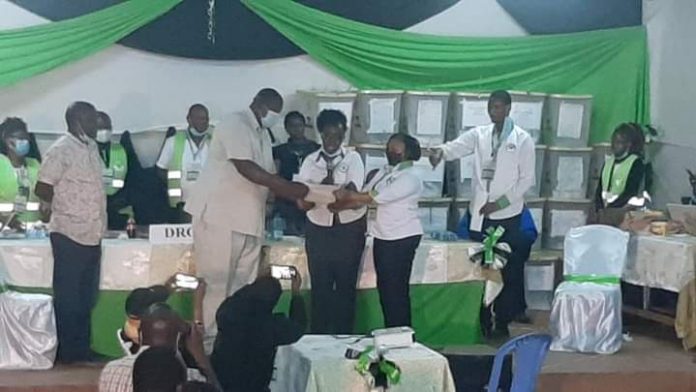 Voters in Nguu/Masumba ward, Makueni county Thursday 14th October went to their ballot to elect their next MCA for the next 10 months. This followed the death of Harris Ngui in a road accident along Mombasa road.

Three candidates had presented themselves for the election; Eshio Mwaiwa of Wiper party, Independent candidate Timothy Maneno and Daniel Musau of UDA.

According to the IEBC returning officer, 6,783 votes were cast representing a turn out of 60 percent. 48 votes out of these were rejected.

Timothy Maneno Independent candidate who had the backing of Machakos chief of staff Mwengi Mutuse and Governor Kibwana won with 2,902 votes representing 43 percent of the votes cast.

This comes even after Wiper Party leader and OKA principals Musalia Mudavadi and Moses Wetangula on Monday led campaigns for Eshio Mwaiwa.

In a statement from the SKM command center, Kalonzo Thursday evening congratulated Timothy Maneno on the victory and thanked the other candidates for putting up a brave fight.