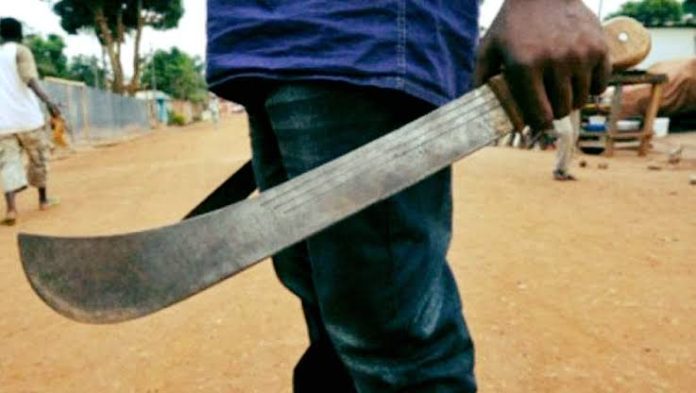 A 50-year-old man is nursing serious injuries after being attacked by his nephew in Watema, Kaiti in Makueni county.

The incident was confirmed by area chief Peter Munyao who said that the two have been having a scuffle over land for a long time.

He noted that the suspect escaped after committing the crime and is in hiding.

The young man has been tilling land belonging to his grandfather and his relatives from the father’s side have not been happy about it. As a result, a brawl ensued and he attacked his uncle,” Chief Munyao said.

‘”The two have been having a tussle over land for years. Today the young man attacked his uncle using a machete. He sustained serious head injuries and was rushed to the hospital for treatment,” The chief revealed.

The case was reported at Kola police station and investigations are ongoing.