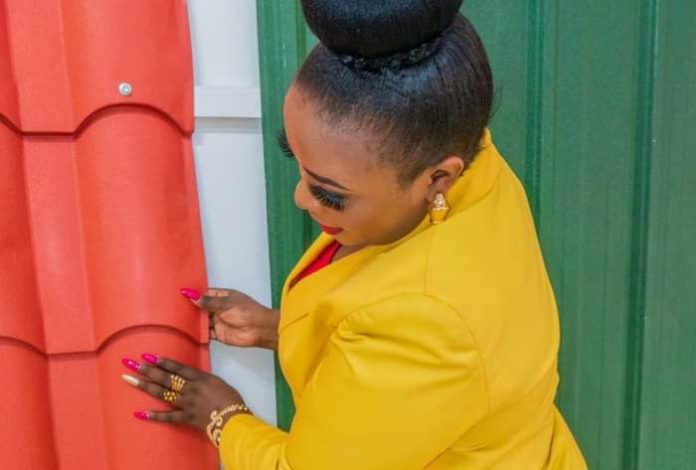 Kenyans on Facebook made fun of 2020 hitmaker Justina Syokau for having different colors on her hands and face.

In a Facebook post where she was advertising a certain brand of iron sheets, she wore heavy makeup on her face and her hands had a different color prompting numerous reactions from her fans.

Some pointed out that they used to hear a Lucky Dube song of different colors, one People and they have now found out what the reggae artist was referring to. Below are some of the reactions from the netizens;

Bobo said,” Those hands are telling us your true color.”

Justina didn’t hesitate to reply to the hilarious comments from the Kenyans where he questioned why they decided to troll her. She reminded them that she hadn’t felt anything but they should visit the iron sheets company and purchase iron sheets of their desired colors.