Makau warns Wavinya for taking credit for projects he initiated 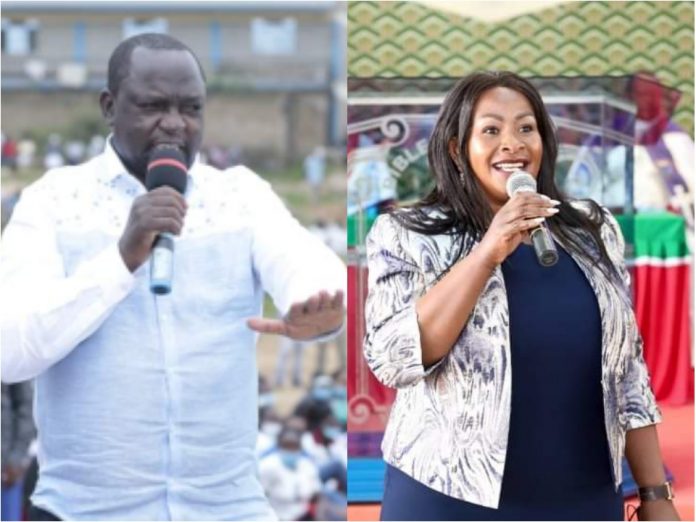 Mavoko MP Patrick Makau has warned Transport CAS Wavinya Ndeti over what he says she is taking credit for projects he initiated even before she was appointed CAS.

Makau took to Facebook dismissing Wavinya as Petty and using lies to run her campaigns.

” I’m shocked by one CAS who is going around cheating residents of Mavoko that she is the one who forced; The Devki Kinanie road to be tarmacked, The construction of Mlolongo-Nbi expressway, The Syokimau, Katani and Lukenya Kenol tarmac, Pedestrian walkways in Athiriver, Kyumbi and Mlolongo Cabro works and many more pathological lies.” Makau’s statement read in Part.

“Petty CAS Wavinya Ndeti get warned, you were appointed CAS in this Ministry on the 14th of August 2020 at 01:05 pm. All these programmes were already in place by myself as the only and yours faithfully HON PATRICK MAKAU KINGO’LA E.B.S, MP Mavoko. Try other lies of running your campaign and stop riding on my track record, on this one you are necked in our eyes.” The Mavoko MP went on.

Makau accused Wavinya of being received by chiefs in uniforms on a Sunday asking her to meet him at the ballot.

“You are drunk with power to an extent of making chiefs and their assistants to be in official uniform on a Sunday in order to receive you!! Madam sipite even the president himself doesn’t do that. Shame on you and style up those are hangovers of yesteryears. Tukutane Kwa Debe Utajua haujui.” Makau added.