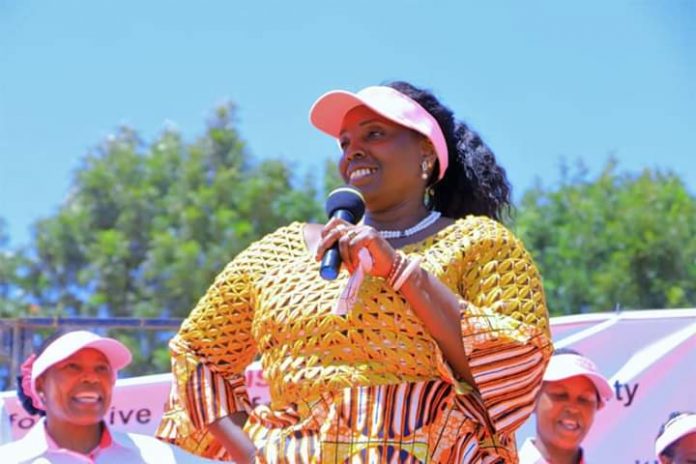 Machakos Woman Representative Joyce Kamene Kasimbi has complained of increasing criticism directed to her in social media. Kamene who spoke in Mlolongo after meeting more than 50 women groups urged locals to desists from that habit.

She said that her office is open for those who would wish to seek any information regarding the National Government Affirmative Action Fund (NGAAF).

“In social media we have seen people maligning my name through the funds that we have been given. What I want is transparency. If anyone has a question they should come to the office so that we do tabulations and you see which groups have benefitted.”

On the issue that has been raised severally in social media that some groups were given 200,000 but they have never received the cash, Kamene clarified that every ward got 200,000. The groups themselves decided that instead of one of them benefitting they were all to share.

She asked the people to give a chance to the elected leaders to serve them. Kamene promised more transparency in management of public funds. “There is still a lot of unfair criticism, I don’t know if its opponents or people who we used to work with.” She added.