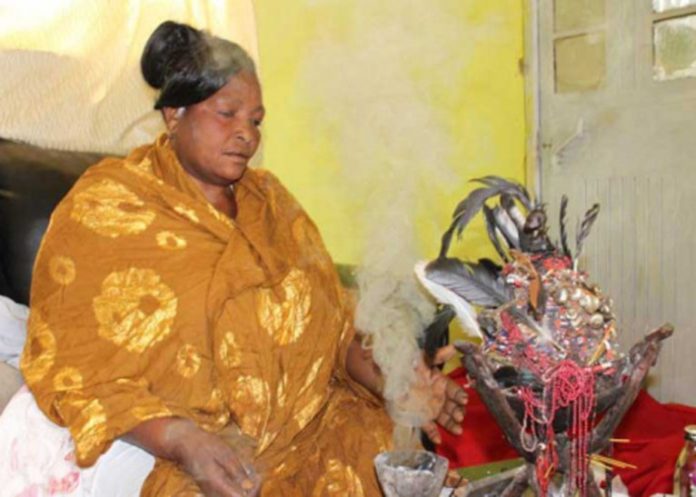 Renown Tala witchdoctor Annah Mutheu has claimed that there are people who are using her name to con unsuspecting Kenyans.

Mutheu says that there are people who are posing as her agents and using the opportunity to lure people to come and get treated only to later administer fake ‘treatment’ to them.

“There are people who are posting my pictures on social media and even some of my videos on YouTube and claim that it is me who sent them. Some even conned one person 7 million shillings and the person called me claiming that I am the one who send the conmen,” Mutheu lamented.

“They are also sending their mobile numbers and using my pictures and I am informed that many people have been sending money thinking that it’s me.” She went on.

The 42-year-old wealthy witch doctor also claims that there are people who have been coming to her office in Tala and accusing her of being a fake doctor.

When she inquired who ‘treated’ them Mutheu says that “Over 100 people have come to my office saying that my medicine didn’t work and when I ask them who treated them they say, my men who I send them, I have no anyone working for me, I treat the people myself.”

Mutheu has reported the matter to the KBC police station in Tala, Machakos as she claims that she got reports of over 25 people who are using her name to con innocent Kenyans.

“Many people have conned others using my name and are even mimicking my Kamba accent to lure people,” Mutheu added.

Annah Mutheu is one of the richest witchdoctors who owns a lavish home worth over 40 million Kenya shillings.

Facebook
Twitter
WhatsApp
Previous article
Over 140,000 people in Makueni facing starvation – County Commissioner
Next article
Kalonzo will not deputise anyone in 2022 – Maanzo