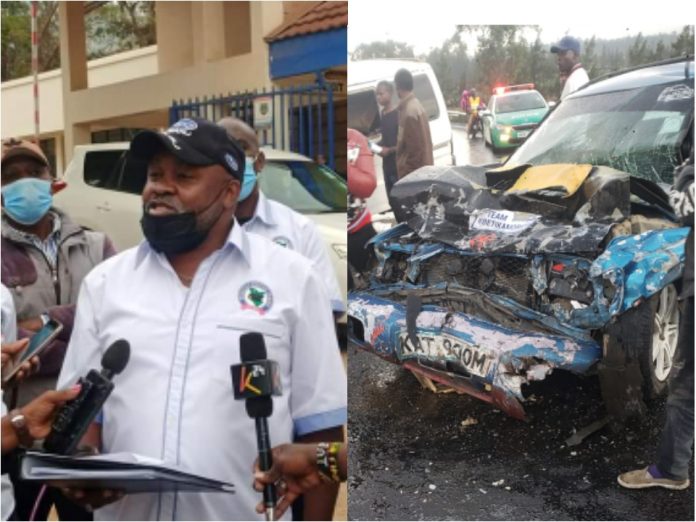 Muthama Karua Susi, a Maths and Engineering Lecturer at Machakos University has passed on following his involvement in a grisly accident in Naivasha where his vehicle was involved in a head-on collision.

Muthama who was known for the love of fast and loud cars mostly Subaru’s was also the KUSU Secretary-General at Machakos University at the time of his death.

In 2019, he was involved in the Masinga race wars and was well known in the Subaru motor clubs by most members.

Below are some condolence messages from his friends’ car enthusiasts.

“You will be missed by many Muthama Susi . The fun we had together, the laughter… He didn’t deserve to die, he was a good person.” Denno spinner said.

“Muthama susi… Another petrol head has fallen. Boost with angels. I can’t believe this. No one knows the day, hour, time, or second Shine on ya way.” Goro Wamuthoni said.

“Rest easy friend. Boost with the angels Muthama Susi . A very sad evening. The man who inspired me to buy my second Subaru STI, the GDB N8.” Njoroge was Njuguna said.

“A great petrol head has fallen. The clouds today are heavy above us car enthusiasts. Go well bro..you lived it fully. Boost with the Angeles .”Wallace Lari said.