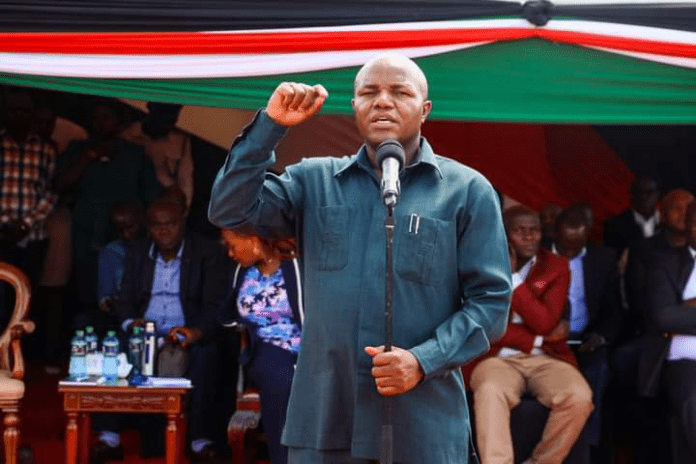 The Deputy governor speaking during the launch of the Mbegu Mashinani initiative in Tala Ward said that the positions were distributed fairly. Mwangangi noted that it is not possible to share the positions equitably among all 8 constituencies.

Mwangangi said that the county leadership did its best to pick people to ensure that the different departments in the county government are run well.

“There is no way we could have managed to get an equal number of CECs from every region. It is not possible even in the national government, what should be your concern is if the people will be able to execute their work,” Mwangangi said.

“These people do not care who is in the office and what they are doing. All they want is people who can deliver for them, there are roads and other issues that are affecting the people of Machakos,” he added.

On 17th October 2022,  Wavinya Ndeti named 10 cabinet nominees and they are waiting to be vetted by the County Assembly of Machakos Appointments committee.

There has been outcry after Mwala and Kangundo failed to get  CEC positions while other constituencies like Kathiani got several.

Mwangangi also revealed that the county government was going to distribute relief food in schools and to needy families. The Mbegu Mashinani project will benefit 1,500 farmers from each ward of Machakos County ahead of the short rains.

Facebook
Twitter
WhatsApp
Previous article
Man Reportedly shot by Camel Herders in Mutha, Kitui South
Next article
I reached out to Kalonzo after elections but he declined – Ruto