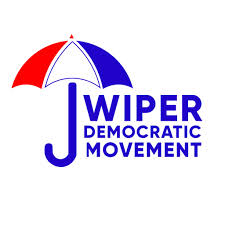 On Thursday 21st April, fracas was witnessed in Mwingi Central ward in Kitui county during the Wiper Party nominations for County Assembly members. This was after one of the Agents of a candidate going for the nomination was beaten and injured by supporters of another candidate.

A lady identified as Assumpta Mawia was attacked when trying to access the Wiper nomination polling station at Kitinga primary school in Mwingi Central.

Speaking to the members of the fourth estate outside Mwingi Central police station, where she went to record a statement, she stated that she was attacked when trying to escort other agents to the polling station. Assumpta confirmed to the press that one politician attacked her by the name Bernard Sila who is also said to be vying for Mwingi Central ward seat.

“I was an agent of David Kivoto, and while we were at Mwingi boys taking boxes to the polling station, I was informed that there was no agent for Kitinga, so I was instructed to go and look for agents to take there. I went to Musila gardens and called one lady and told her to look for four agents, then when she found them, I took them to Kitinga,” Assumpta narrated.

Mawia added that before she got into the polling station with another lady identified as Ruth, who she chose as an agent, they were intercepted by a lady who asked them whether they were agents of Kivoto.

“I asked them what did Kivoto do, and immediately another lady came, and they started beating me. When I tried running they got hold of me and threw me to the ground then Sila came and kicked my head. When Ruth tried to help me Bernard Sila kicked her, and Paul Kutungi rushed to come to help me,” she added.

A gun drama ensued with the supporters of the 2 aspirants engaging each other.

According to Assumpta, she sustained head and leg injuries and was rushed to Mwingi level 4 hospital for treatment after recording a police statement. The Wiper nominations in Mwingi Central were also delayed after the ballot papers arrived late.