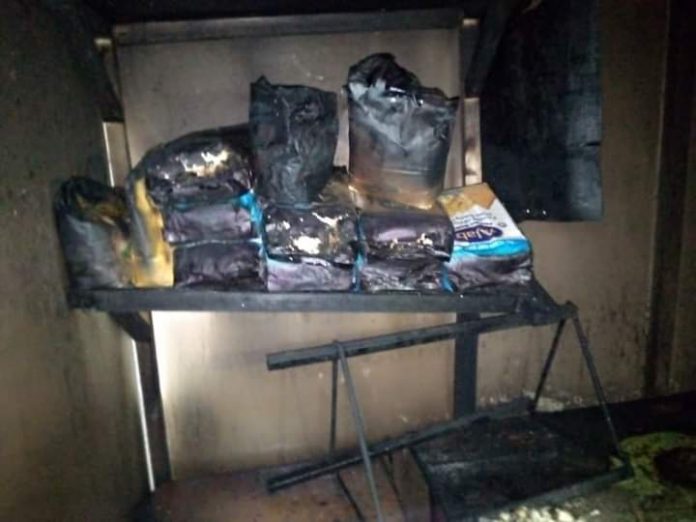 Fire destroyed a restaurant near Equity bank Machakos Thursday morning (4th November). Firefighters from the county had a difficult time accessing the restaurant because of vehicles that were parked on the roadside blocking access.

The restaurant owner is said to have left food cooking at night under the night guard’s watch but he may have failed to take charge of the fire.

At the time of the incident, the night guard was not at the scene.

Machakos senior Chief Joshua Kimeu confirmed the incident saying, “This morning we were informed by well-wishers that a restaurant in Machakos near Equity bank caught fire. Well-wishers called the fire brigade who arrived in time.”

“The restaurant was closed but the owner had left food cooking. We found food cooking and the watchman has not been found but seems they leave him in charge.” He added.

The chief called on residents to park their vehicles considering emergency vehicles that need to pass saying that firefighters had a hard time accessing the site of the fire.