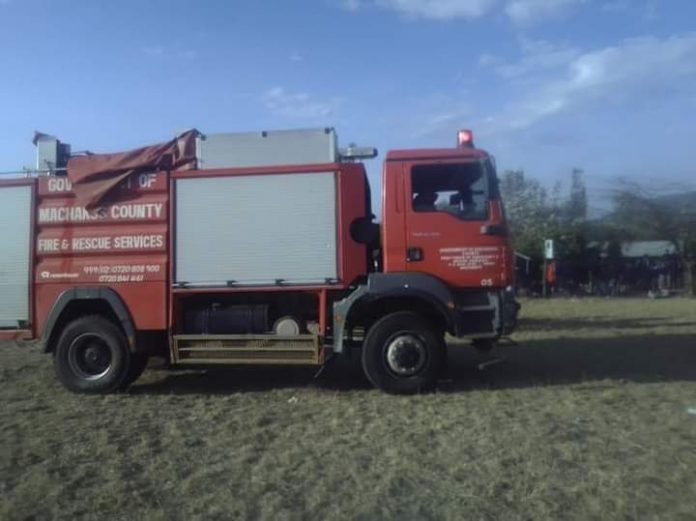 Confirming the incident, Katelembo sublocation Assistant chief Josephine Munyiva said that the cause of the fire was yet to be established confirming that no person had been injured because when the fire broke out students were in class.

“A lot of property has been damaged when the fire broke out but we are yet to establish the cause of the fire. No one has been hurt by the fire as the students were in class,” she said.

Police officers and firefighters put out the fire as investigations commenced on the cause of the fire.

This comes a day after a video of students from Buruburu Girls in Nairobi went viral where the girls could be seen jumping out of windows after a fire broke out in one of the dormitories Sunday.