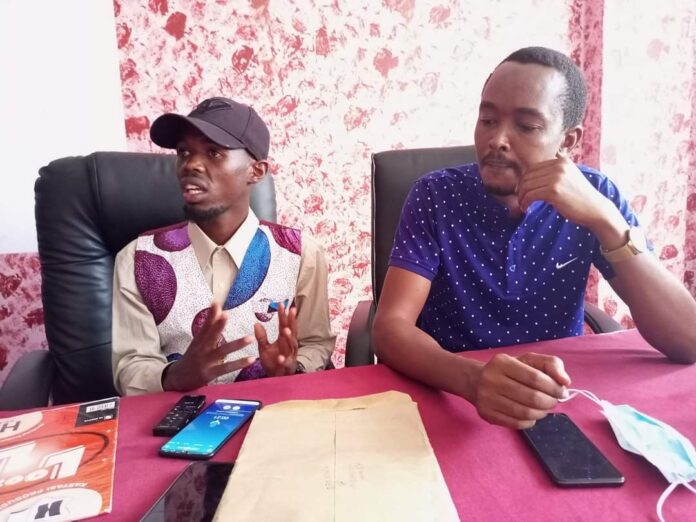 Barrack Ngumbau an MCA aspirant from Mbooni ward, Makueni through the UDA party has shelved his bid.

Ngumbau had earlier announced that he will vie for the seat with a UDA ticket will now be backing the incumbent Alexander Mulemba for another term.

He noted that he arrived at the decision after seeing the works of the incumbent compared to what is happening in other wards.

Ngumbau also said that he wouldn’t want to bring down another youth like him down.

“As of now I have talked with the incumbent and I have decided to back him. This is because he is a worker and the people have accepted him. His development track record in the past five years is not bad,” Ngumbau said.

“Everything is well done and I have decided to support him for now because he is a youth like me, anything else we will talk as time goes on,” he added.

He called on the youth seeking various elective seats to come together and support one of their own. This will ensure no split in votes and also the youths will get seats because the youth are more in the community.