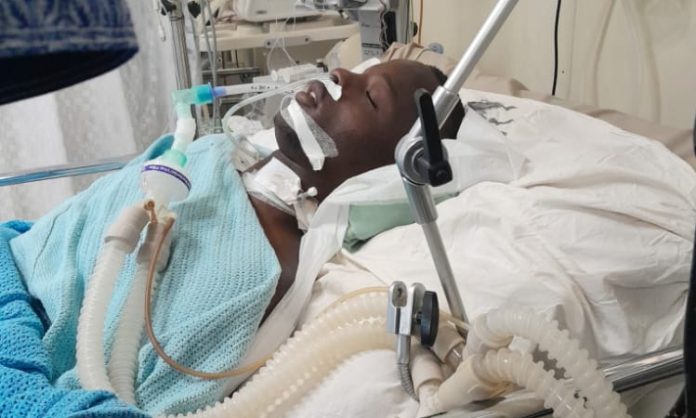 The Machakos University student who was shot on Monday by police during a demonstration has died.

Brillant Anusu who sustained a bullet injury on his side succumbed Wednesday morning at Machakos level 5 hospital where he was receiving treatment.

Anusu was among students from the university who were demonstrating against cases of insecurity where their fellow student had been killed in Kathemboni.

His death has rekindled the students’ anger against the police on Social media. Also, the students have gone on a rampage again blocking Machakos-Wote road and protesting police brutality.

“Good morning Esteemed comrades from Machakos University, I’ve learned with great concern about the demise of my fellow Comrade who was shot by the police officers while on the course of seeking justice for the comrade who had been robbed and killed previously by the police officers from Machakos. First and foremost, I’d like to convey my sincere condolences to the comrades’ fraternity, family, and friends of the fallen heroes,” Mavin Mabonga, a student leader at the Technical University of Mombasa said.

Here are some of the tweets that have been trending since morning.

“Police can’t protect the comrades from thugs but can shoot the same comrades while demonstrating, “Machakos fresha said.

“Comrades who came with bags to Machakos University (Brilliant Anusu and Dancun Kipng’etich) are now going home in coffins at the expense of police officers. The police officer Rob, kills and shoot to kill. When will justice prevail? Mavin Mabonga asked.

Independent Policing Oversight Authority (IPOA) has been called to get involved in the issue to ensure justice is served.

Corporal Mulwa, The police officer suspected to have shot Anusu was arrested Tuesday. Missed the story? check it out below;