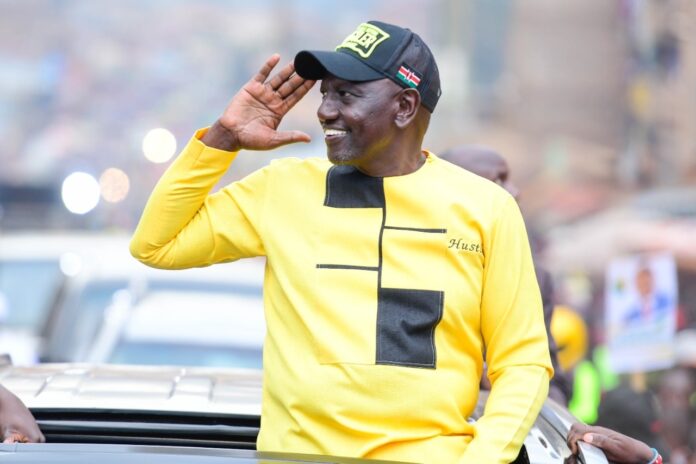 Deputy President William Ruto has asked the Tala -Donyo Sabuk road to stop works and go find another work to do if he was unable to complete the project.

Addressing locals at Tala on the second stop during his Machakos county tour, Ruto expressed frustrations with the contractor over the slow progress of works.

“I have been in Sabuk today and I have seen the contractor is joking. We gave him that work more than 5 years ago and he is still going around here. I want to tell them if they don’t complete, let them leave and we bring someone else.” Ruto said.

“If he doesn’t complete he can go burn charcoal. That is still work.” Ruto went on amid cheers.

Ruto praised the jubilee government saying they have built 5 new technical training institutes in Machakos from 2013 compared to only one which was in existence then. “We have the TTIs in Masinga, Mwala, Yatta, and Machakos town.” The DP went on.

The DP who was accompanied by UDA chair Johnson Muthama and other leaders, took a swipe at Raila Odinga dismissing him as a puppet. He added that every Kenyan had one vote no matter how rich they were.