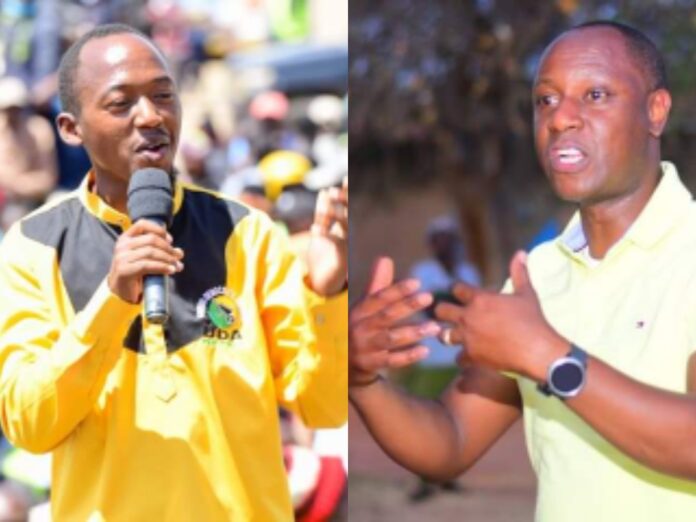 Speaking to Mauvoo News, the Mwala MP said that Kalonzo Musyoka proved that he was a man with a stand this time around even after being pressured to join Azimio.

“I want to congratulate him for standing firm this time round. This shows the signs of Kalonzo not being manipulated by Raila for the third time, who cannot be trusted with his promises,” The legislator said.

“He promised us a different “Kalonzo” not so long ago, he might have meant it. Calling out and exposing agreement breakers and untrustworthy folks was a BOLD step. Continue walking the talk, Your Excellency.” Mueke said.

This comes after Wiper leader Kalonzo Musyoka asked Raila Odinga to honor the agreement that they had in 2017 that he was going to support the wiper leader as the presidential candidate in 2022.

“My brother has the option of abiding by the terms of this live binding, legal Agreement and thereby emerging as a true, national, regional, and indeed continental Democratic hero,” Kalonzo said.

Kalonzo further noted that his decision to work with Raila was still on the table but only if they had an agreement to form a grand coalition government.

“As already publicly expressed,I am ready to work with him again under the three pillar, grand coalition government,for the sake of our great nation,” Kalonzo while speaking earlier said.