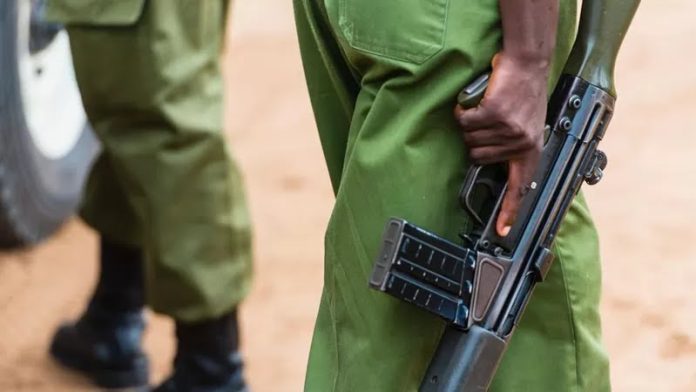 Directorate of Criminal Investigations sleuths have arrested a police officer believed to have shot a Machakos university student on Monday during a demonstration.

The student identified as Brilliant Anusu is fighting for his life at Machakos level 5 hospital after sustaining a bullet wound on his stomach.

The students had engaged the police in running battles during a demonstration over rising cases of insecurity. This is after one of them was attacked by thugs at Kathemboni and died in hospital while receiving treatment.

On Monday evening Governor Wavinya Ndeti addressed the university leadership and promised to ensure the issue is resolved.

A police officer believed to be among notorious gang robbing people at night was also arrested.

A suspect accused of killing the student is also in police custody.