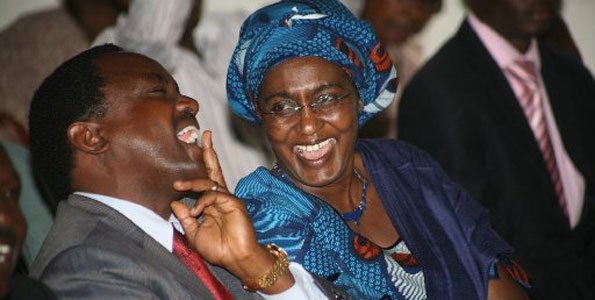 Machakos Governor Dr. Alfred Mutua Sunday (2nd January) deleted posts on his social media condoling with the family of Kalonzo Musyoka over what he said was the death of Pauline Musyoka, Kalonzo’s wife.

“I have learned of the passing away of her excellency Mrs. Pauline Musyoka with shock and disbelief. On behalf of my family, the people of Machakos, and the Maendeleo chap chap fraternity, I wish to convey our deepest sympathies to the family and friends of Kalonzo Musyoka.” A Facebook post by the Governor that has since been deleted read.

According to the family, Pauline is doing well and was stable contrary to the social media claims. Governor Mutua has since published a post on his social media apologizing.

“APOLOGY. I wish to apologize for the earlier post about the family of H.E. Kalonzo Musyoka. This was a result of misinformation and a hoax from several players, some, seemingly credible and close to H.E. Kalonzo, who made it seem like a message to me about the family. People can be evil. My sincere apologies for any anxiety caused. Happily, all is well. God bless you.” Mutua said.

“Am in a meeting with Steve Kalonzo, and Cyrus Jirongo at Steve’s residence. Mama Pauline is alive, safe, and sound. This is fake news at its highest crudity. Alfred Mutua you owe the country an apology.” Wetangula in a Tweet said.

“This is extremely irresponsible of you Governor Mutua.” Senator Mutula said.

Facebook
Twitter
WhatsApp
Previous article
Don’t bring chaos when you lose in August, Matungulu MP to Ruto and Tangatanga
Next article
Kasolo Cautions Artists Against Being Used and Dumped by Politicians