Lilian took to Twitter to say that she returned the car to the dealer noting she was not after material things.

” For all whose only attack line is material things, Alfred bought me a brand new car 2 months ago. I returned it to the dealer. He offered to buy me a house, support me financially, a job, etc. I declined. He offered me a white wedding. I declined. ” Lilian in a Tweet Said.

Lilian noted that she worked from her heart as a first lady as the office comes with no budget, no salary, no allowances. She added that the only thing she had from the county was a car and she returned a week before separation.

On the A&L Hotel Lilian said, “Ndash Enterprises LTD took out a facility with Family Bank Kenya for construction of A&L Hotel. The hotel was not built with one person’s money. The fraudulent transfer of my shares by Alfred to his sister shows his arrogance and continued degrading & disrespect for women. “

She further reiterated that her life was in danger saying Governor Mutua should be held responsible if anything happens to her lover Juliani or herself.

“If anything happens to me & Juliani, Governor Alfred Mutua is solely responsible. Anyone hired to kill us should ask themselves if Alfred would do their dirty work if roles were reversed. Let’s not be misused by people in power to settle scores we know nothing on.” She went on.

Last week, Lilian Nganga accused Machakos Governor Dr. Alfred Mutua of threatening her life alleging to have undergone gender-based violence at the hands of Mutua, stealing her car, and illegal transfer of shares.

In August, Machakos First lady Lilian Nganga announced that she had divorced and ended her relationship with Machakos Governor Dr. Alfred Mutua. Lilian has since started dating Artist Juliani. 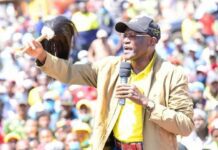 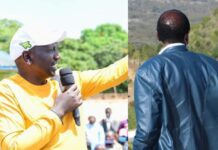 Ruto ridicules Kalonzo over hair loss during visit to his backyard 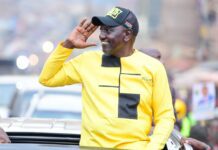 Ukambani Youth endorse Ruto to be President in 2022

26 year old found dead after entering a Mlolongo lodging with...

“If Uhuru and Raila can work together, Mutua and MCA’s should”