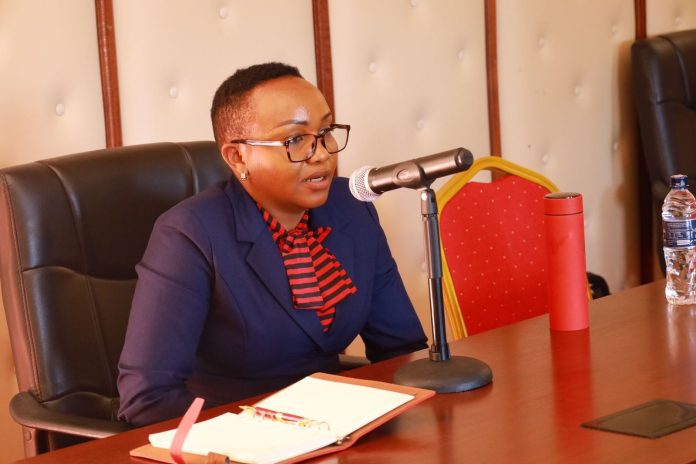 Dr. Sonia Nzilani was born in 1980 at Masaku Ndongo, Masongaleni – Kibwezi East. Nzilani is a mother of 2. She started school at Masaku dNogo primary and then proceeded to Darajani secondary school from 1996 to 1999.

She thereafter proceeded to Moi University to study BSc in Fisheries and aquatic sciences. Sonia started work thereafter in Nairobi until 2012 when she got a scholarship to go do a Masters in Environmental Assessment from Bolognia University Italy and proceeded to Spain to do another Masters degree in water and coastal management from Cadiz university.

She returned to the country in 2014 and was employed by SEKU where she worked for 3 years before returning to class to undertake her Ph.D.   She was lucky enough to secure a second scholarship to study at the University of Natural resources and Life sciences Austria. Sonia also did short courses abroad.

She previously worked with Dominion farms Siaya which was doing rice farming and aquaculture. In 2020 at SEKU, she was promoted to a lecturer and in 2021 was promoted again to the Head of the Department of Hydrology and aquatic sciences.

Sonia also does consultancy on climate adaptation and improving agricultural yields. She trained extension officers and fish farmers from Makueni. She is also a researcher and has been working a lot on climate change.

During her vetting, Sonia proposed taxes on idle lands and advised against people holding idle lands saying it exposes them to land grabbers. On encroachment, she vowed to make use of the spatial plans to protect community land in the county.

On waste management, Sonia proposed 7RS; Refusing waste, reducing waste, rotting, Reusing, and Recycling. On the environment, she promised to have tree planting campaigns, sensitization of the communities, and avoiding encroachment of catchment areas.

To increase income from land rates and ease the process, Sonia suggested automation to ease collection and also ensure transparency. She also suggested automisation of sand harvesting so as to ensure compliance to the guidelines.