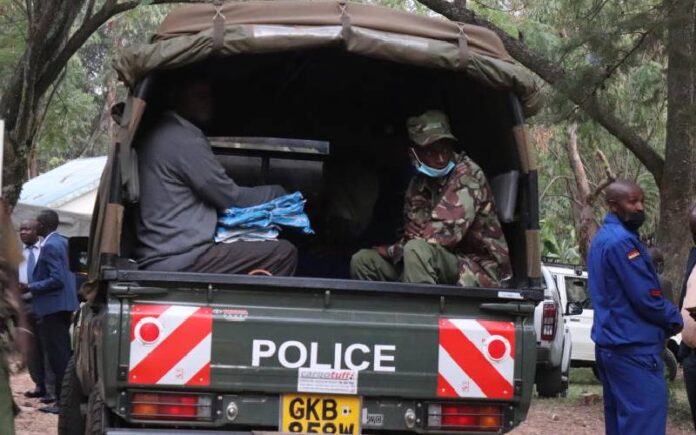 A police officer from Matungulu has been arrested after she left her place of work and went out on a drinking spree.

According to a police report seen by Mauvoo News, the said officer was assigned to guard an exam container at Kisukioni where she left and went on a drinking spree and upon return, she could not manage to handle her riffle.

Initially, the officer is said to have lied to her colleague that she had gone for supper only to come back drunk and disorderly.

“An officer was assigned guard duties at Kisukuioni as from 1800hrs to 0600hrs together and issued with riffle with 30 rounds of ammunition,” read the police report in part.

“The officer left her place of work and went on a drinking spree within the township. She reported back drunk and incapable of handling and securing her riffle. Initially, she had lied to her colleague that she had gone for supper,” the report went on.

Upon being arrested the officer was disorderly as she was hurling insults and blows at her fellow officers.

“Subsequently they informed their in-charge commander who immediately rushed to the scene. The drunk officer was disorderly in conduct in her presence they managed to overpower her and was arrested and escorted to Tala police station and placed in custody to contain her accordingly,” The report went on.