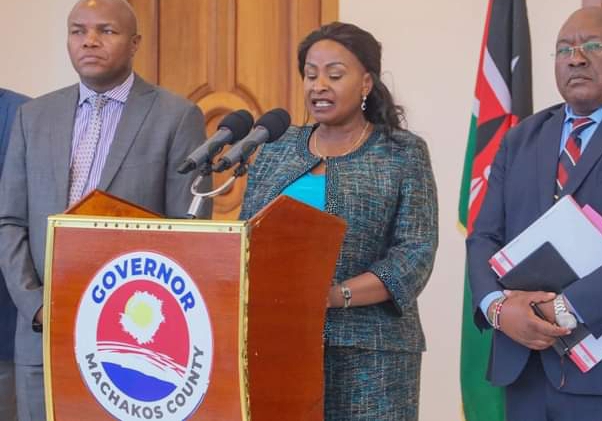 Earlier on the same day, the Assembly received communication from the County Attorney that the chair George Kioko Luka had resigned. A day later, Governor Wavinya degazetted the 4 and Jane Mutheu who had resigned earlier;

Mauvoo news has established that the county has been carrying out interviews of the shortlisted chief officers from the day the Assembly was impeaching the 4 members and the exercise will go on until 9th December 2022.

Over 174 people had been shortlisted in the different departments. With the board expected to carry out the interviews, concerns have been raised about the legality of the ongoing interviews.

Spotlight is also on Machakos County Assembly if they will agree to vet nominees who have not been interviewed by the Public service board as per the law.

Machakos county senator Agnes Kavindu’s has not commented on the matter despite having the role to oversight excesses of the executive.

Earlier on, in their petition, the board had accused Governor Wavinya of illegal hiring of 52 officials in the office of Governor and Deputy Governor and the chief of staff.

Missed the story? check it out below;