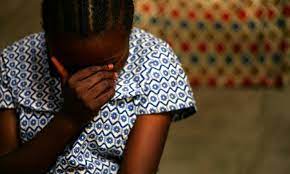 Kitui county tops Kenya in sexual harrasment, Defilement, and Gender-Based Violence. This is according to the health CECM in Kitui county Government Dr. Winnie Kitetu.

Kitetu disclosed this during a meeting that brought together stakeholders in a bid to brainstorm on how to bring down the cases.

She observed that such cases have contributed to cases of depression since most of them involve close family members.

“According to the numbers Kitui is topping countrywide with cases of defilement, GBV and sexual harrasment” she said.

Kitetu said that most defilement cases fail due to lack of witnesses or enough evidence. She noted that some parents also conceal such incidents more so if they involve family members.

“When such cases are hidden this gives the perpetrator more power to continue with their egregious acts and that is what is happening in Kitui thus the numbers going up,” Dr. Winnie Kitetu went on.

“The stakeholders who met today have discussed on how to involve everyone from the doctors, locals and parents so as to ensure such cases go down and avoid backlog of such cases too,” she went on.

Christina Mbula an officer from the Ministry of Gender in the National Government said that plans are underway to construct a safe space for victims of defilement and gender based violence.