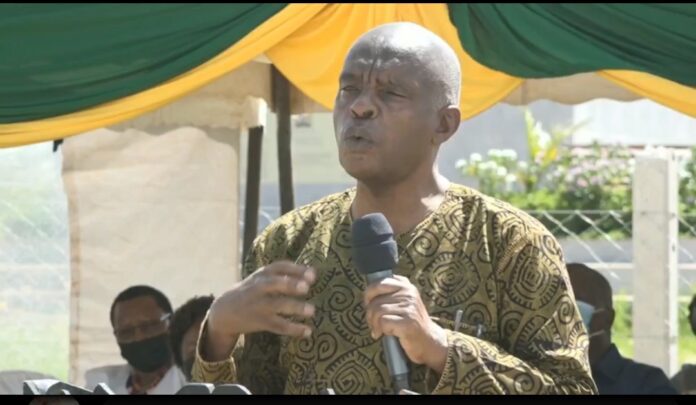 Makueni Governor Kivutha Kibwana may be reconsidering his ambition to vie for the presidency in the August 2022 general elections.

In the meeting, Kibwana suggested they should decide which candidate to back so as to ensure the region’s votes are in one basket.

He called for the clergy to help in setting up a meeting that will bring an agreement between the Ukambani candidates. These candidates are Wiper leader Kalonzo Musyoka, Kivutha Kibwana, and his Machakos counterpart Dr. Alfred Mutua.

“We will have to sit down and talk because I’m seeking the presidency and so is Kalonzo and Mutua. We all know there is no way one of us can be president if Ukambani votes are split,” Kibwana said.

“We will have to choose that one person who is capable and support him and help him form alliances,” he added.

The Governor further complained about the Azimio la Umoja movement stating that it never put into consideration the proposals given to them when they held a meeting in Makueni late last year.

“We gave them a 16-page proposal which they rubbished in Kasarani. In his speech Raila only read one sentence concerning Ukambani saying that we are experiencing water shortage and drought and nothing more, we will go where we are respected,” he said.

He clarified that he is not supporting any candidate for the Makueni Governorship until the people decide during the public participation.