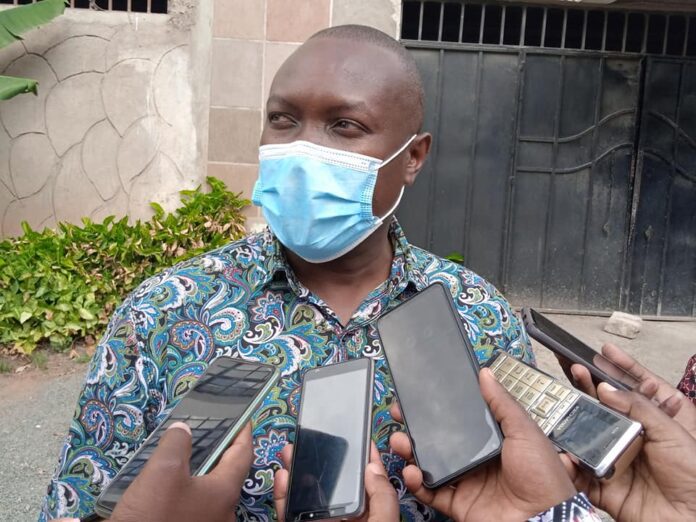 Kathiani MP Robert Mbui has asked the Directorate of Criminal Investigations to arrest Kitui East MP Nimrod Mbai with immediate effect for remarks he made about Kalonzo that are considered inciting.

Speaking at Stone Athi Resort in Athi River after a Wiper’s party leaders meeting, Mbui said that it was so uncouth for a leader of such stature as Mbai to come out and make such remarks saying that was testing the unity and peace of the community.

“We want to ask the DCI to take action against Nimrod Mbai because no one is above the law and these utterances can bring about breach of peace in the country given that this is what happened in Rwanda with the Tutsis and Hutus and it is things which are happening now in Kenya with the Hustlers verse Dynasties, so the DCI should take immediate action to ensure this does not go on, ” he said.

Mbui added that Wiper had the strongest candidate in the Machakos Senatorial race given that Agnes Kavindu was a well-known and respected leader across the county. He warned leaders on making remarks attacking the other candidates.

The Wiper organizing secretary also fired a warning shot at Machakos county MCAs from the Wiper party who are campaigning for aspirants from other parties vowing to take stern action.

Kitui East MP Nimrod Mbai during a meeting with Machakos residents said that if people allied to Wiper Party Leader Kalonzo Musyoka went on with insulting Deputy President William Ruto, Kalonzo would be beheaded if he went to the Rift Valley.

“Some members of Parliament have been making abusive words towards Deputy President William Ruto, the likes of Mutula Kilonzo Junior. I want to tell you if you continue like that Kalonzo will go to other areas and he will be beheaded. Let’s stop these games, ” Mbai said.

The remarks have sparked outroar with social media users calling for the arrest of the Kitui East MP.