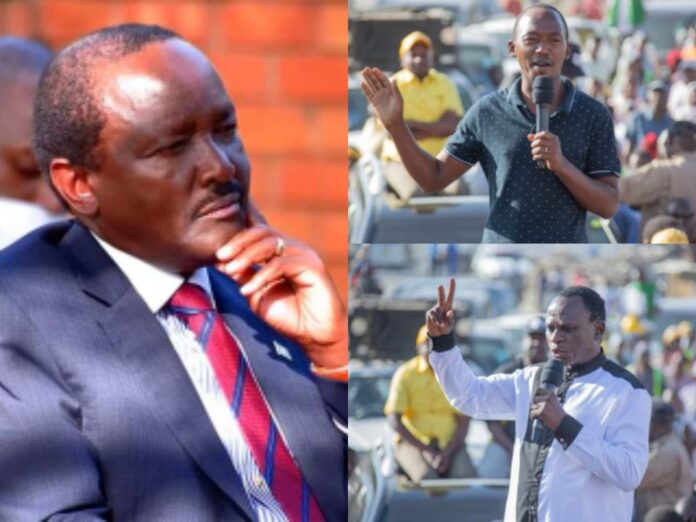 Kalonzo said that the two have always been used to fight him but this time he would ensure they go home.

“We have to get serious if we want to rule Kenya. There have been jokes in Machakos town and Mwala constituencies. These two have been getting votes because people are looking at the bigger picture,” noted Kalonzo.

“You have been used to finish me for long but this time round we will send you home. Wiper party has serious candidates across the country, we mean business,” Kalonzo added.

Kalonzo who was speaking while condoling with the family of former Machakos Town MP Jonesmus Kikuyu revealed that Wiper party will not have Nominations for Machakos Governor and talks were ongoing between Wavinya Ndeti and Patrick Makau to have one of them pull out of the race.

Kalonzo noted that holding the Machakos Gubernatorial nominations will do more harm than good.

“We want to create a new type of leadership. You heard me say I will support Raila for the third time. For the last two days I have been having meetings in my office with these aspirants,” Kalonzo went on.

“I am looking for sacrificial champions, I have tried to talk to Makau and Wavinya and I think we are getting somewhere because if we say we do nominations it won’t end well,” he added.

Kalonzo said for him the person who will stand out is the one who will step down for the other while knowing that they could have won the elections.