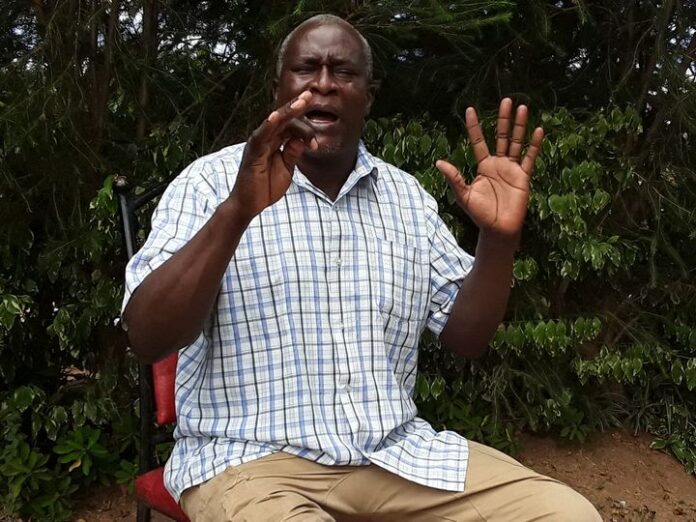 Former Kibwezi MP Kalembe Ndile has accused Machakos Governor Dr. Alfred Mutua of misuse of county resources and for not being true over the withdrawal of Maendeleo Chap Chap senatorial candidate Mutua Katuku 2 days to the by-election.

Kalembe pointed out that after Maendeleo Chap chap withdrew their candidate they mobilized all their agents and supporters telling them not to vote for wiper.

“Mutua carried his own analysis and found that he was going to be defeated and he knew very well that his candidate would be in the 3 rd position and that’s why he withdrew. Mutua telling us that it’s the president who told him to withdraw his candidate was a lie.” Kalembe said.

The ex-legislator said that it’s not the first time for governor Mutua to lie, adding that he lied to the president who came to ground break the construction of the yet-to-be new Machakos City.

“Where are those showers that he promised the people of Machakos? He again said that he will replace grass-thatched houses with iron sheets. Where did he do that? He has been using total lies to convince Machakos people so as they vote for him.” Kalembe fired at Mutua.

“So far everyone is now aware that in Machakos there are no drugs. There is no one who can justify that he or she received free masks from the county. At Kangundo patients are forced to buy essentials for themselves even gloves.” He went on.

“Mutua must be accountable for using our money to campaign for his candidate. We can’t just seat and assume saying that because the by-elections are over, it’s now well.” He insisted.