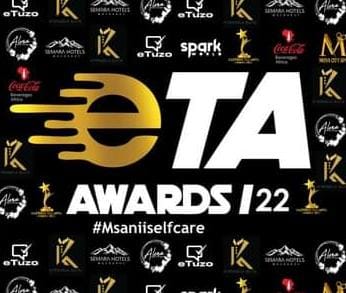 Speaking during the Gala, Eastern Talanta Awards Chair Edward Ndari said that ETA is a platform to appreciate creatives and give them national recognition from the county level.

“We aspire to work with all the winners and other artists that are associated with this brand to see to it that we grow together and thus spur development in the industry.” Ndari while giving his remarks said.

Kamba TV won in the category of the most preferred vernacular Tv station with its show Setuka Extra awarded for being the TV Show of the Year.

Mutongoi TV was not left behind with two of its presenters bagging some awards. DJ Biado got TV Host of the Year and Media personality of the Year went to Stephen Muema.

Mbaitu FM got the award for the Radio Show of the Year – Watinda Ata Drive Show which is hosted by Irene Nyanzi popularly known as Mwela Wa Town. Radio Presenter of the Year went to Victor Juma of Bus Radio.

Kayeye Comedian won the Comedian of the Year title while popular TikTok content creator Moya David won Tik Tok Personality of the Year. Most Promising Artist of the Year went to Favour Mbeke and Stephen Mutinda.

Missed out on the list of those who had been nominated in various categories? check it out below;