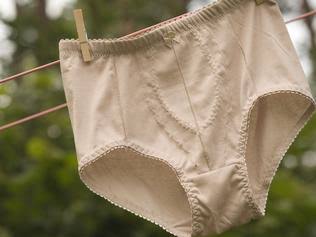 A middle-aged man has been arrested after being busted stealing panties at his in-law’s home. The incident happened on Monday night (25th April) at Iiani in Kitui west sub-county of Kitui county.

The man was arrested by members of community policing with the help of locals.

Area community policing chairman Francis Malonza said that he received a report from members of the public who had accosted the man. He said after being caught he was found with clothes mostly panties of his mother-in-law which had been hanged outside.

“After they caught him they found some dresses and five panties belonging to his mother-in-law. Also in his possession, he had a knife, rocks among other things,” said the officer.

He noted that the motive for stealing the clothes has not been established. The suspect had a knife and he was threatening to kill his wife who left him. He had also thrown some things like shoes and flowers in the toilet.

Malonza revealed that irate residents wanted to lynch the man if not for the officers who rescued him and handed him over to the police. The community policing chairman said that this is not the first time the man has been arrested with stolen property.

He is held at Ndolos police station awaiting arraignment in court.